I have some great memories from the Atlantic City Race Course.  When I heard that it would be closing its doors forever, I had to take one last look.  I remember spending many an evening with a, let's say, "unique" group of gentlemen; each of us holding a racing form in one hand and a cheap cigar in the other.  We had a blast.  It wasn’t so much the betting – although we did so to make the races interesting.  It was participating in a live and very real event.  There is something about hearing the thunder of hooves rounding the track and watching them, in close ranks, tear towards the finish line.  It gets the blood up and the heart pounding.  It something that should not so much be described as it should be experienced.  Sadly, for South Jersey, the possibility for that experience is now gone. 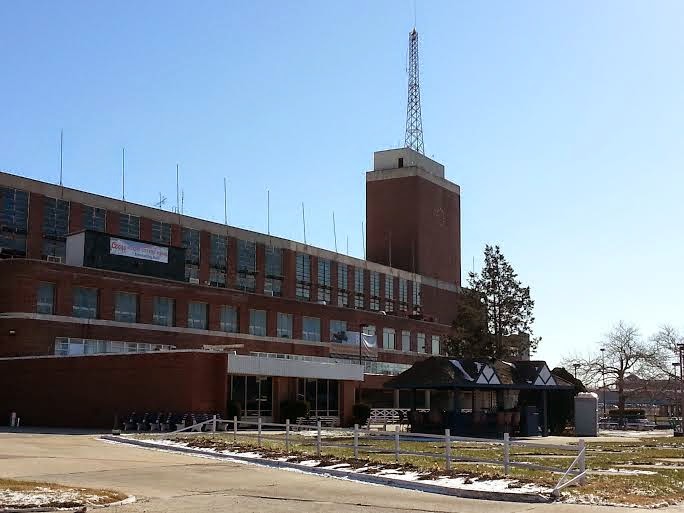 I had a conversation with some locals before I visited the track.  I asked them about their memories.  “Oh, that place was really something,” the man said.  “My uncle was there all the time,” said the woman.  I asked them what they thought would eventually happen with the property.  “No one knows.” The woman said to me.  “They wanted to make it a NASCAR track some years back.  We signed a petition against it.  It would have been awful.  Can you imagine the noise and the traffic?”  I asked her if she could imagine the jobs it would have created.  “Yes, but then where are you going to house the all the people who would come?” she asked.  I said that I suppose they would have had to build more hotels creating thousands more jobs.  I said that with the multiple casinos closing it would have been a nation-wide draw to the Atlantic City area.  I mentioned that I could care less about NASCAR (which dropped her jaw) and preferred the horses but having that juggernaut of an industry right here, right now would have helped save the community.

“Oh well,” I said and thanked them for their time.  My next stop was the Atlantic City Race Course. 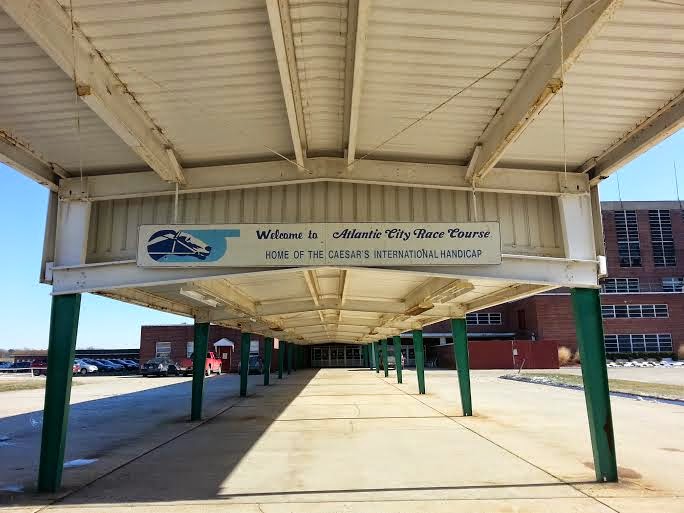 I took some pictures of the outside of the complex.  My first stop was the staging area where the horses were paraded around by their jockeys so the crowds could see them before they placed their bets prior to the races.  It was once a place where owners and trainers proudly showed off their prized thoroughbreds.  Indifference and time have now done their work and what was once a showcase has slipped into its current state. 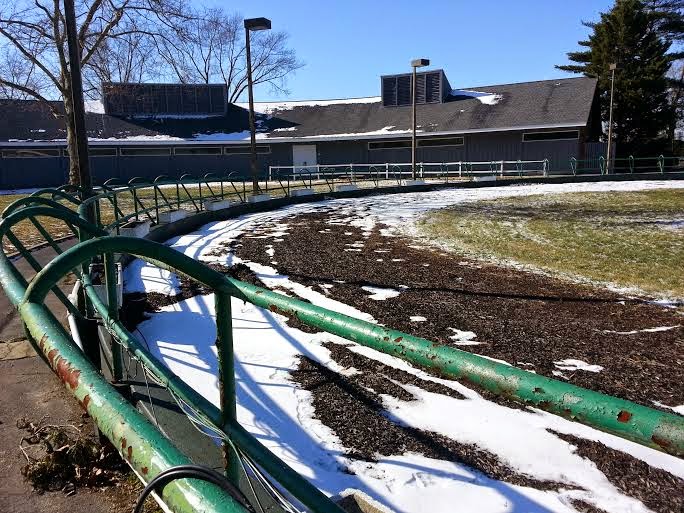 It was a cold day so I was happy to go inside for more than just nostalgia.  I asked an older man who was selling racing forms if I could take some pictures of the inside.  He directed me to talk to management.  I did so and was told that I could but that I could not publish them anywhere (for publication of for a blog).  They said I could take them for private use.  I thanked them and walked back over to the gray haired man selling the race forms and we struck up a conversation.  I told him that I saw Willie Shoemaker race here back in the nineties.

"All the greats raced were here," he said and then he rattled off the names of about a dozen jockeys that I never heard of but I have no doubt were part of the artistry of the sport and the history of this track.  I asked whatever happened to Joe Bravo.  He said that he still races out in California, which, surprised me since the guy must be in his sixties.

Stepping into the Atlantic City Race Course is stepping back in time.  The man I spoke with was correct, there is a lot of history here.  One half expects to see a fedora adorned ghost ascending the staircase to the second level or a woman in garb from a by-gone age standing in line to place a bet from one of the agents.  All the human agents have been replaced by machines.  This was odd to me, it shouldn’t have been, but it was.  It seemed to make the experience just a touch colder.  Deep green and white have always been the colors that of the interior of the complex.  The pipes, columns, and trim are all green.  The great doors that lead to the downward slope of the track are now covered over with blue tarps to prevent people from exploring them.  I took a look around and saw the empty seats lining the wall with all of the photographs from days gone by.  The thoroughbreds, the trainers, the owners, and celebrities – smiling faces with names lost to history.  Simulcasting was still happening when I was there and the banks of televisions that sit above white lattice board shelves were broadcasting races from across the country.  There are still people who come to place their bets on who will win, place, or show.  They sit huddled over their tickets waiting for their races to begin.  Over their heads is a Daily Double slate where workers one time chalked the names of the winning horses for the first and second races.  Hanging in antiquity, it hasn’t been used in years.  I wonder what will become of it... I wonder what will become of the gray haired man selling the race forms.

Yesterday, 1/16/15, after 69 years of operation, the Atlantic City Race Course closed its doors.  It has been dying a slow death for the last few decades.  Deterioration and rot have crept in throughout the grounds.  The main building; however, is concrete and is built to last.  It was a must see destination where people rubbed shoulders with Frank Sinatra and Bob Hope.  What happens next for the Race Course?  I don’t know.  I do know that once upon a time it was something to see.  I’m thankful that I saw some of those days up close.
Posted by E. Chicken at 1/17/2015 08:35:00 AM No comments: 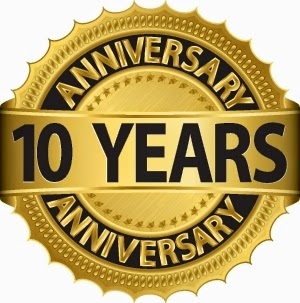 It was ten years ago today that I started this blog, Evil Chicken Scratch – or simply, Chicken Scratch.  I came to the name by combining two things, my codename/nickname, Evil Chicken and an allusion to writing or script that only chickens or people who called themselves writers could understand.  I wanted a place where I could gush about books and movies and excellent cups of coffee.  And I built one!  I have always wanted Chicken Scratch to be an oasis – a happy place to visit.

While it should go without saying that I hope this is still the case, in recent years a bit of slacktivism has crept into the electronic pages of this blog right in between the fan-boy gushing and documented adventures.  Chicken Scratch has become, at times, someplace to voice dissension, to question - a place to bounce ideas off of and think.  Chicken Scratch has evolved over time to appreciate both the discord and the rhyme.

After ten years’ time, I can further illustrate what my header means…

Sure, I may have ended up on a few government watch lists due to the “added slacktivism” but, hey, did you really want to hear about the SOPA/PIPA, the NSA monitoring, the FCC’ shenanigans, and Edward Snowden out on the streets?  I think not!  Besides, who isn’t on a watch list these days?

Of course, one’s man discord is another's rhyme.  Also, there is a lot of evidence to support the idea that trivial things are truly not that trivial at all.  As for slacktivism; ideas, words, and pictures are dangerous things.  They should be.  They should both comfort and make you uncomfortable.  The journalist Finley Peter Dunne in the character of Mr. Dooley said, “My business is to comfort the afflicted and afflict the comfortable.”  Yes, Dunne said it.  Yes, I paraphrased it.  He was right about this point.  Dunne would have made a wonderful blogger.

I would be remiss if I didn’t mention YOU.  Thank you for following along on this long, strange, trip, Gentle Reader.  Let’s see what the next ten years bring.  Let us enjoy the ride, celebrate the adventures that are around us all the time, and share the joy of discovery.  It is a dangerous and wonderful world.  Let us explore it together.  Let us fall in love with stories.  Let us read, let us write, let us dance, and let us be dangerous.