Requiem for the Blu-ray Dossier


It’s time to face facts.  Blu-ray discs are great but they have no future.  Yeah, that’s right, I said it – NO FUTURE.  I love to bask in the glow of 1080p as much as the next movie geek but the fact of the matter is the format’s days are numbered.  I use to write a column here on Chicken Scratch about with a two tiered rating system the first score was for the story and the second was for the quality of the Blu-ray itself.  As always, the story is what truly matters; the jaw dropping pop of crystal clear 1080p was simply icing on the cake.  Video may have killed the radio star but it was streaming content that has dealt the fatal blow to Blu-ray.  Just as Blockbuster killed the Ma & Pa video rental stores, video streaming gutted Blockbuster and there are options for streaming, Netflix, Hulu, cable, Amazon, heck – even Redbox, one of the only places left that you can rent a Blu-ray BTW, all have huge stakes in the streaming game.  Then there are all of the plug-ins for you HDTV to stream.  Companies like Apple, Google, Roku, Netgear, and even Tivo are all manufacturing High Def streaming hardware to make your Blu-ray collection obsolete. 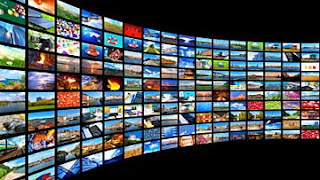 Hey, it happens.  It is part of the circle of life.  The writing is on the wall and not just for all those, “early innovators” out there; obsolescence approaches.  It’s event horizon dawns and change happens – both big and small; everything changes.  Solomon wrote in Ecclesiastes 3:1, “For everything there is a season, a time for every purpose under heaven…”  He was right.  Granted he wasn’t specifically talking about Blu-ray discs but, on the other hand, “everything” does cover, well, everything.  You get the idea – there is an expiration date on all things.  Take for example any old thing.  Now this any old thing works just fine right up to the point that doesn’t anymore and it is replaced by something that does the same job, “better” and/or faster.  The, “new thing”.

History is chocked full of examples of this axiom.  New cells are generated and old cells fade away.  The MP3 replaced the CD which replaced the cassette tape which replaced the 8-Track which replaced the record which replaced wax cylinders.  People got tired of walking so they started riding horses.  Seeing that this horse-riding thing was a pretty good idea people hooked them up to chariots and then to horse drawn buggies.  The advent of the automobile put the horses out to pasture then came the trains and the planes which will someday be replaced by matter transporters – it’s true!  I’ve seen it on Star Trek. 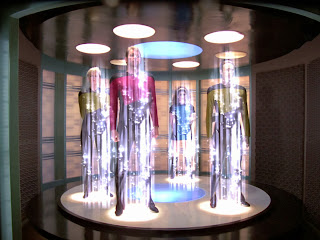 I’ll still do the occasional review but I simply don’t watch that many Blu-rays anymore to keep the column viable so, therefore, it is time to bid it farewell.  On the right side of this particular version of Chicken Scratch I use to have, “The Blu-ray Dossier – At a Glance”.  It’s still up there but it too will be going away.  I’ll repost it here for posterity…

Looking back at some of these ratings I am wondering where my head was (I’m looking at YOU, 3 stars for story, “Land of the Lost”) and then there were others I probably should have rated higher such as, “Labyrinth” (I dissed the power of the babe and only gave it a 3.5).  Other than those there are only a few more shaky ones and, for the most part, I stand by my ratings.

I may be pulling the plug on the Blu-ray Dossier but that doesn’t mean I’m not going to keep reviewing film – hey, I’m a movie geek with a fully functioning internet connection; therefore, I am duty bound to throw in my two cents when it comes to the goings on at the local multiplex.

In memory of my friend and longtime column, the Blu-ray Dossier – thank you for the memories.  “Don’t cry because it’s over, smile because it happened.” – Dr. Seuss

Now then, what’s on Netflix?