Yeah, I know. It’s been forever since I’ve posted. Well, what can I say, life happens. There have been a lot of genre releated things going on recently. Here’s the ones that stick out in Evil Chicken’s head.

Please let me gush about the casting for the “Iron Man” movie. Robert Downey Jr. is going to make a wonderful Tony Stark. I can’t wait to see how it all comes together. He’s simply a great actor and he will be able to deliver the goods when it comes to a complex character such as Stark.

Complex – you ask; from a comic book? Yeah, take it from me or better yet do a Wikipedia search for yourself – or better still since your mind is made up on the subject go read someone else’s blog. Oh and thanks for stopping by!

Speaking of comics to film, Frank Miller’s “300” has some amazing spin. Most certainly opening night material. I believe that it’ll be out in the spring of ’07. The Spartans, hopelessly outnumbered, made their stand and “drew a line in the sand for democracy.” It will be visceral but it will be some great storytelling as well.

“Ghostrider” will be gracing the big screen in early ’07 as well. I’m really starting to salivate for this one. They have tweaked some things but, for my money, they were things that should have been tweaked. Johnny Blaze still strikes a deal with the devil, which is as it should be according to comic cannon. The Ghostrider, however, needs to be bonded to a human soul (Blaze’s) and he is a bounty hunter from Hell. In other words, when the really bad guys escape from Hell, the devil sends his bounty hunter after them for retrieval. Nice.

“I Am Legend” is currently shooting in New York City. This marks the third time that Richard Matheson’s “I Am Legend” has made it to the big screen. Vincent Price and Charlton Hesston were the first to portray ‘Robert Neville’. Will Smith will be taking the lead this time. It should be great. I’m not usually one for remakes but “I Am Legend” is one of those stories that I actually enjoy seeing retold every now and again.

I do apologize for this posting. I continue to be quite busy – writing the ‘great American novel’, assisting with church, aiding my friend with his 5 minute film (which kicks major butt, BTW) and work. Still and all it’s good to post again. 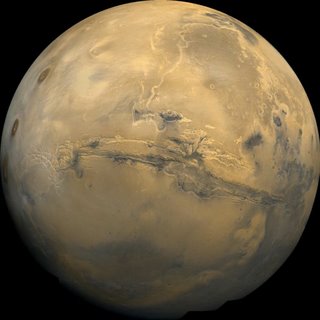 People throw around he word, “legend” as if it were a handful of peanut shells at a steakhouse these days. Advertisers and public relations people constantly use the word to sell you material goods or ideas. That’s what they do and I don’t begrudge them for it – still dissemination occurs. The word “legend” is in danger of losing its impact. Fortunately for us true legends still walk the earth; their impact still reverberating through the past & the present and will be felt long into the future. Cities may crumble and tales will go in and out of fashion but a legend – that will endure.

Am I pouring it on enough – perhaps too much? No, not in this case; the legend I’m talking about is Ray Bradbury.

I was poking around the official Ray Bradbury site (http://www.raybradbury.com/) and found a choppy Quicktime interview with one of my all time favorite authors. The interview, for some reason, is cut into a dozen or so segments. Perhaps, ultimately, this is due to the fact that Mr. Bradbury does not have an active interest in the internet; come to think of it his choice of the dissemination of story is a big electric typewriter that he has used for years. His site (or web presence) was pieced together by his publishers at Harper Collins and he doesn’t have too much to do with it.

On this page (http://www.raybradbury.com/at_home_clips.html), in one segment of the interview entitled, “Bradbury of Short Stories”, Mr. Bradbury says, “…You defy yourself to write 52 bad short stories in a row – and it’s impossible. Somewhere along the line you’re gonna write a good one.” This statement started me to thinking. What a great idea; 52 short stories – a years worth of stories! As Ray said himself, “…they cant’ be all bad.”

So this being said, I’m thinking of accepting the Bradbury Challenge but first there are certain things that I must do, first I’m going to finish my novel, “Bonny, Read & Rackham”, then I may participate in Nanowrimo (http://www.nanowrimo.org/) that is coming up in November. After these literary feats of wonder I think I’m going to accept the Bradbury challenge. When a legend suggests something like this I must ask myself the question – hey, why not? After all, they can’t all be bad.