Refugees from a Magical Kingdom 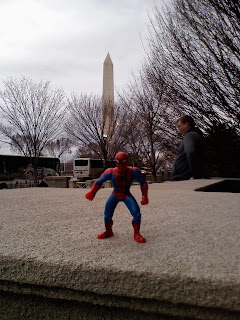 “So, the mouse got you too.” Spider-Man said to the Stormtrooper.  Spidey didn’t know if he was really a Stormtrooper or a Clonetrooper due to all the shake-ups in the Imperial Navy.  Either way he knew that their mutual futures now belonged to a place whispered to be, “The Happiest Place on Earth”.

“That is the word from on high.” The Stormtrooper said.  His voice sounded odd through the voice synthesizer in the trooper’s helmet to Spider-Man’s ears.  “So, what do we do now?” the trooper asked. 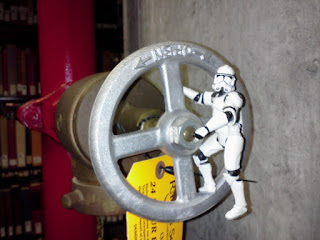 “A ‘Hoot’?  You’re suggesting that I go AWOL from the Empire. 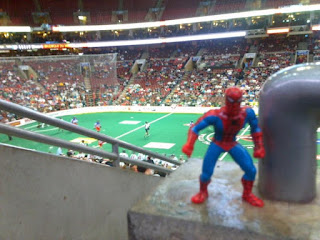 “No I’m suggesting a ‘Road trip’ and as for being part of an Empire, YOU are part of an Empire…” Spider-Man’s voice shifted slightly and the Stormtrooper couldn’t quite tell if he was pleased or melancholy.  “…WE are all part of the Empire now.”

The trooper considered this for a moment; perhaps two and asked, “A road trip, you say?”

“Yes.” Any question of melancholy was now replaced with, what the Stormtrooper detected as eagerness & wonder.  He was glad to be in his helmet since it hid the smile on his face. 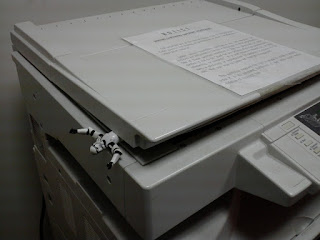 “Who knows,” the Stormtrooper said.  “Maybe I’ll finally find those droids I’ve been looking for.”

Tune in next time! 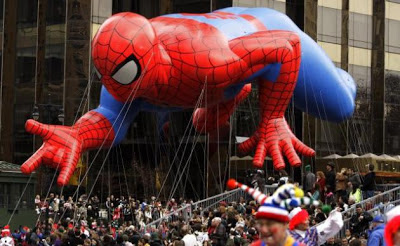 
“May you live in interesting times.”

Gentle Reader, I humbly submit, with the economy as it is and mother nature as she’s been behaving (thank you, ‘Sandy’), these are interesting times.  It’s almost Thanksgiving and while there is much to be thankful for there are those who find these times not only interesting but also flat out hard.  Such times have ensured that some have it harder than others and that is where Project Thanksgiving & The Salvation Army step in.

Project Thanksgiving NJ is the brainchild of Alex Kaganzev and Steve Plevins.  It started about four years ago when the two wanted to help feed families working in conjunction with the Vineland chapter of the Salvation Army.  Project Thanksgiving has grown over the years to the point that it has extended beyond the Cumberland County area and into Gloucester County too.  The goal this year is to feed 1000 families with special attention paid to veterans and those returning from wars overseas.  Not a handout but a thank you.

Why yes, yes it is.  Especially when The Salvation Army’s shelves are stretched thin due to the immediate response to “Sandy”.  Food pantries across the state have felt the pinch so this particular blog entry is two-fold.  I am going to ask you to consider giving to TWO entities in one blog.  However, this is not as hard as it may sound.

First, let’s talk turkey.  Project Thanksgiving’s Turkey Drive is going to be held on Saturday, November 17th at ShopRite supermarkets located in Millville, Upper Deerfield, Mullica Hill, Sewell, the TWO ShopRites in Vineland, and at the Cosmopolitan Restaurant (also in Vineland) from 9:00 AM – 5:00 PM.  They will be collecting frozen turkeys, certificates for turkeys/hams, petty cash, or checks made payable to the Salvation Army.  The Daily Journal, the local newspaper here in the Vineland area published this article written by Stephanie Loder that does a fine job explaining the need further: http://www.thedailyjournal.com/article/20121110/NEWS01/311100058/Local-Project-Thanksgiving-puts-call-out-donations?odyssey=tab|topnews|text|FRONTPAGE.  Come on out ~ you just may have a chance to meet Nigel, Project Thanksgiving’s official mascot who was created and designed by Mrs. Gloucester County NJ herself, the lovely and talented Mrs. Kathy Ramos.  I can’t guarantee that Nigel will be there but, as with a great many things, you simply never know. 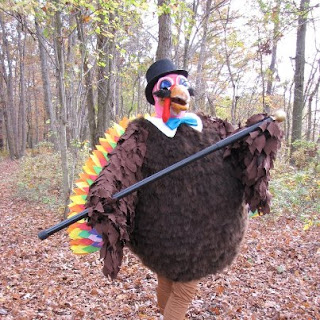 Secondly, there are a lot of empty shelves at the Salvation Army office in Vineland.  Hurricane Sandy blew their contents up north to go where they were needed.  They need to be restocked.  The people from the Salvation Army are often the first line of defense when the unexpected happens. There have been a lot of unexpected things happening recently. Keep them in mind the next time you head to the supermarket and drop them off something to restock.  It’s relatively painless.  Perhaps a bag of non-perishables or two during your next shopping trip.  We are a community.  We are part of something much more than ourselves. 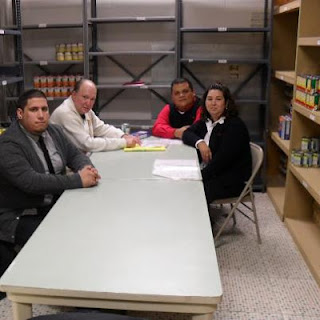 Project Thanksgiving NJ can be found on Facebook here: http://www.facebook.com/pages/Project-Thanksgiving-NJ/302695739793341?ref=ts&fref=ts.  Like them on Facebook and show ‘em some love.  Their goal is to feed a thousand families this Thanksgiving.  Together, we can help them meet that goal.  Let’s share the harvest.  The blessings we have are not ours to keep.  Give ‘em away & spread ‘em around. 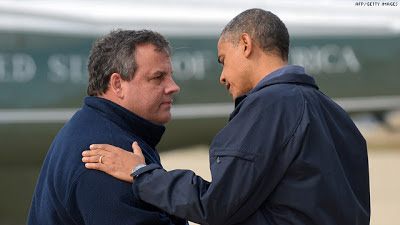 My respect for Governor Christie jumped leaps and bounds when he was asked if he would be doing any politicking for Mitt Romney during the devastation of Sandy.  “I have no idea, nor am I the least bit concerned or interested. I have a job to do in New Jersey that is much bigger than presidential politics. I could care less about any of that stuff… If you think right now I give a damn about president politics, then you don’t know me.”  He answered.  Here is the link to the video and that story: http://nation.foxnews.com/hurricane-sandy/2012/10/30/christie-keeps-his-priorities-straight-during-sandy-ordeal.  The bottom line, for this citizen of New Jersey, is that I am now looking at my Governor in an entirely different light than I had been seeing him before.  I just may owe him an apology.

Certain individuals in the media have rushed to name calling concerning Governor Christie and his priority to his state verses his priorities to his party.  With the eastern seaboard in ruin, New Jersey’s barrier islands included, it boggles my mind that certain elements of the media took the opportunity to jump from the Governor’s ship and attack him for doing his job and looking out for New Jersey.  That speaks volumes of the integrity and worthiness of some self-appointed media moguls.  Look, this is America and people are entitled to their opinion and to the freedom to say what is on their minds.  These rights are another attribute of what makes this country great; they extend to all no matter how well reasoned or twisted, good or evil, selfless or selfish these words may be to those who speak them and for those of us who have to listen.  With a healthy exchange we say our piece, we listen, and we can agree to disagree.  Some understand this discourse and others do not.  Those who don't will rant and rave into lonely microphones in padded - soundproof rooms, scream at families at Veteran's funerals, or simply go out of their way to prove that they are right and that everyone else is wrong.  I have to believe that we are better than that.

We are about to go to the polls.  I am not going to tell you whom you should vote for.  I am; however going to warn you, Gentle Reader to be mindful of what wells you drink from before you ‘pull that handle’.  Think for yourself.  We are Americans first and members of the left or right second.

United we stand, divided we fall.

This Side of the Storm 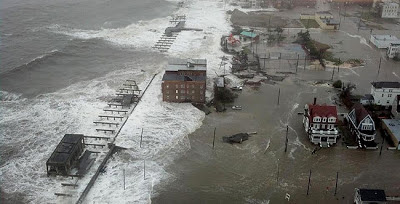 “If a hurricane doesn't leave you dead
It will make you strong
Don't try to explain it just nod your head
Breathe In, Breathe Out, Move On” – Jimmy Buffett & Matt Betton

Buffett & Betton wrote, “Breathe In, Breathe Out, Move On” after Hurricane Katrina devastated the Gulf Coast of Louisiana and Alabama and broke the levees in New Orleans.  The lyrics are from another tragedy but they certainly still ring true.  We can’t explain such things we can only pick up and move on.  From those who have been through the storm to those who are going through it now I highly recommend this Tumblr: http://sandykatrina.tumblr.com/.  It shows people from NOLA giving messages to people sorting through life after Sandy.

That said, I’m from the Jersey Shore.  I grew up right outside of the island of Wildwood & Cape May in a hamlet known as Green Creek, NJ.  I saw my share of storms as a child but nothing the likes of Hurricane Sandy.  I heard people talk of the “March Storm” of ’62 yet I never had anything to really compare it to until the last few days of October.  I still live in South Jersey with my brood; however, we live farther away from the shore now in the Vineland area of the state.

The storm’s center was over our county.  We were in the eye of the storm where it was quiet and eerily calm.  While we were nestled in the eye Sandy raged against the coastline of the eastern seaboard. The video & pictures are eight shades of creepy and, as per 11/3/12, “At least 181 people have been confirmed killed across the United States, the Caribbean, Canada, and the Bahamas, as a result of the storm” (http://en.wikipedia.org/wiki/Hurricane_Sandy).  Property damages are being tallied at $50 billion.  50 billion.  Homes and lifetimes; places of business and worship have been swept out to sea.

While I am thankful that we were spared Sandy’s wrath my heart breaks for those other shore dwellers whose lives have been torn asunder.  You have my love, my prayers, and my support.  The Salvation Army and The Red Cross are two organizations that are often the first line of defense against disasters such as Sandy.  I have personally seen these organizations go to work in people’s lives after the storm has passed.  There are many storms in life.  I know for a fact; however, that these two organizations do good work.

If you feel led to donate here is where you can do so:

If you can’t give monetarily you may be able to give some of your time.  Volunteers will be needed.  There will be much to clean up at the Jersey Shore and in New York’s southern boroughs.  From what I can gather, Staten Island really took a hit.  The words, “war zone” have been used to describe the damage there.  Do what you can, where you can.

Thank you and God bless.

“According to my watch the time is now
The past is dead and gone
Don't try to shake it just nod your head
Breathe In, Breathe Out, Move On”